It’s the midst of christmas celebrations here in Sweden, so what better time to share with you one of Swedens national treasures: the christmas illustrations of Jenny Nyström.

As you can see a lot of the figures above look quite similar to Santa Claus! Here in Sweden we have a tradition of a creature that is typically translated as a gnome, but the swedish word used for it is tomte – the same word we use for Santa Clause. These creatures look very much like Santa Claus, but are typically smaller and live on each and every homestead where they help take care of the buildings and animals (in secret of course, you don’t typically see these gnomes out and about). Traditionally you’re supposed to leave a bowl of porridge outside for them to eat on christmas eve as a reward for his hard work.

Jenny Nyström was a swedish illustrator who became famous for her illustrations of these gnomes and other christmas motifs. Very fitting around this time of year! 🙂 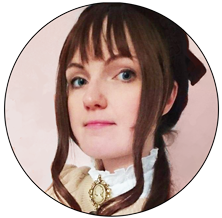